Turns out there was another internet store in the mall at the other end open for another hour.

Did the usual. Rode subways, eat eat eat, and did a lot of walking. Since we had been there before many times, there's not much new to report.

The final design for the world trade center site seems to be two big square holes in the ground that cover the original building footprints. The walls will have the names of the victims, and there will be small square lakes in the middle. The displayed plans didn't show any way of getting into the wells.

The "wells" will be surrounded with 7 new high rises, all smaller than the original buildings, except one that will have a large spire (al la king kong) that will reach the same height as the oiriginal twin towers.

Anyhow, we left wednesday afternoon for CT SA at around 5 pm and were number 42 in the take off line. 45 minutes we were airborne for 8 hours to Senigal, where passengers were booted off and the plane refuled for about an hour. Another 7 1/2 hours later we arrive in Johannesburg, and had a 3 hour layover until our Cape Town flight, and finally got to our hotel at 11 pm.


Next day (thursday) we did some touring. 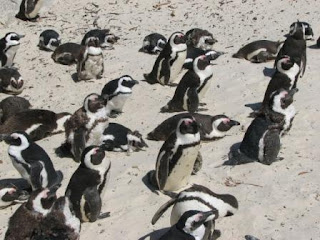 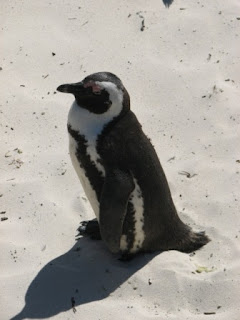 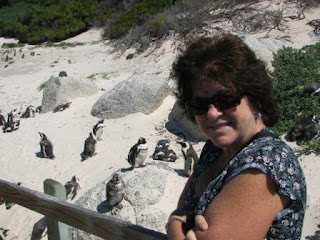 It was a bit windy, so the troops look cold. Penguins meanwhile are shedding their feathers, so the are looking a bit mangy.


Off to the southern end of the continent. 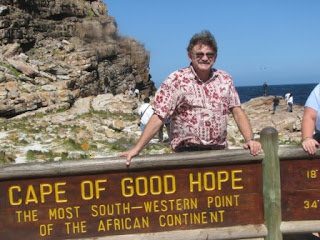 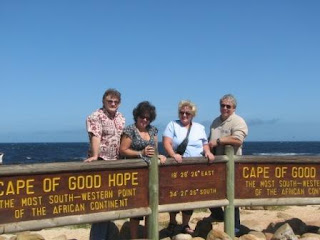